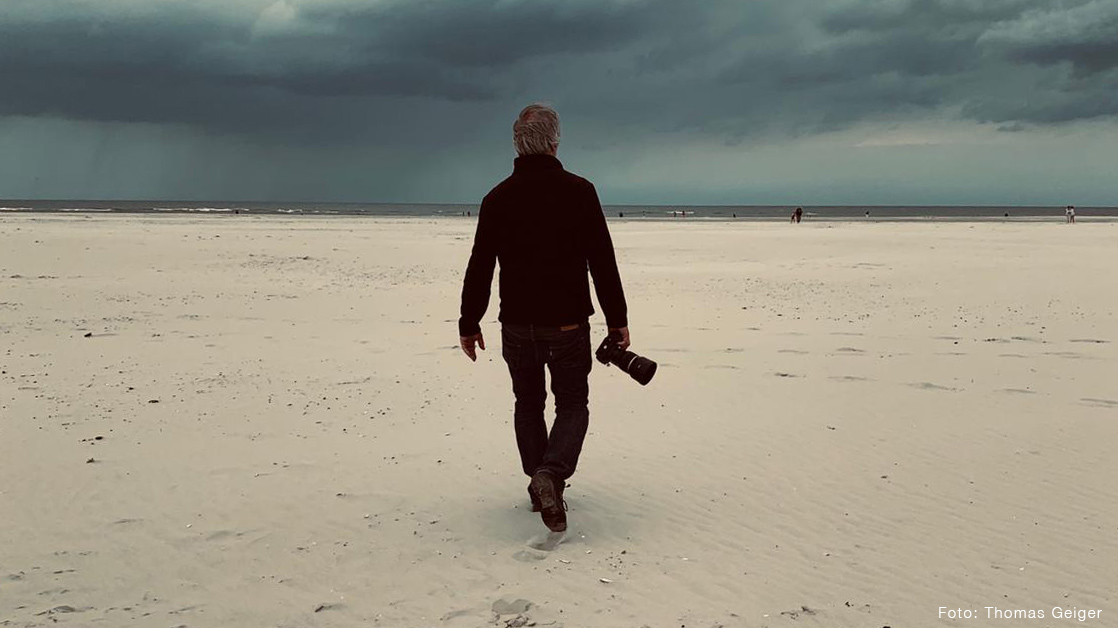 Full Disclosure: First of all many thanks to Pentax, who provided me with this lens exclusively and as Super-Early-Bird, allowing me to do a pre-test - which does not mean that this report is sponsored in any way. I use the Pentax K1 in my daily work as a freelancer, in my advertising agency, mainly commercially for portrait, product and reportage jobs.

But enough about me - let's get to the real star of the review, the HD PENTAX-D FA★ 85mm F1.4 ED SDM AW. I have to say that I have a preproduction model from Pentax here and that the final model may still differ slightly.

The first impression after I opened the box was - "OMG - This thing is huge!" - and that's no exaggeration. I'm a prime-only shooter by nature and I'm used to the FA limited lenses - the big zooms are usually like lead in a cupboard, so an optic with this size takes some getting used to for me.

With a vertical grip and 2 batteries the combo weighs more than two and a half kilos, which is quite a statement. That, and the size, make inconspicuous working rather difficult - so for Street, a GR3 is more appropriate, which you can easily carry around in the backlight aperture of the 85.

Once you get used to the weight and have gotten rid of the fear of ruining a €2,000 lens that doesn't belong to you, the camera-lens combination feels really good in your hand. For balance, the vertical grip is a good option. The finish is beyond reproach.

Let's get to the important things - what comes out in the end! I have been able to test and try a few things in the past few weeks and get used to the handling. Besides the test shots, the lens was also used last week by the North Sea, on the island of Juist. Thanks to Weather Sealing (even in rain and rough coastal winds) this commercial shoot bore very good results.

In fact, the lens did not disappoint, it really impressed.

But from the beginning: I first had to calibrate the 85 - on both K1 it was +3, which led to consistently good results. Shooting with open aperture is a joy, the lens is sharp - from 1.4 on without any limitations. The first thing you notice is the fact that you have to work really accurately. The depth of field is so shallow that you have to be careful where you put your focus, even at a greater subject distance. Here I wish the K1 had an even smaller central focus point - let's see what the successor brings here. But the moaning takes place on a very high level.

But let's look at some pictures in detail...

At night in the rain:

Not fine art, but I had to go out again the first night to take the first pictures. In Böblingen I put the camera on the tripod and shot once across the Flugfeld. On the example picture you can see a 1:1 crop from the picture on the left. You can see the very high resolution already at f1.4 - the shot with f8 is a bit sharper and has better contrast. But all in all the differences are only marginal.

The high resolution pictures of the Flugfeld can be found here

In combination with the K1, the DFA* 85 1.4 produces rich colours and contrasts - it reproduces a little warmer than the FA 77. The poppies are photographed in DNG format and exported directly from Lightroom without any adjustments.

In my tests of the DFA* 85, I put the main focus on portraits. I shot several images with different setups from: studio with simple 2 lamp setup, to on the street with flash and then just natural light. An 85mm is exactly in my preferred focal-length range for portraits.

The portraits of Lea are all photographed with aperture 1.8 (Beautydish frontal up / Key right of the camera behind her). I like the soft focus, which is not too abrupt. The detail resolution is outstanding and the drawing is the cleanest I could achieve with a Pentax K1 so far. 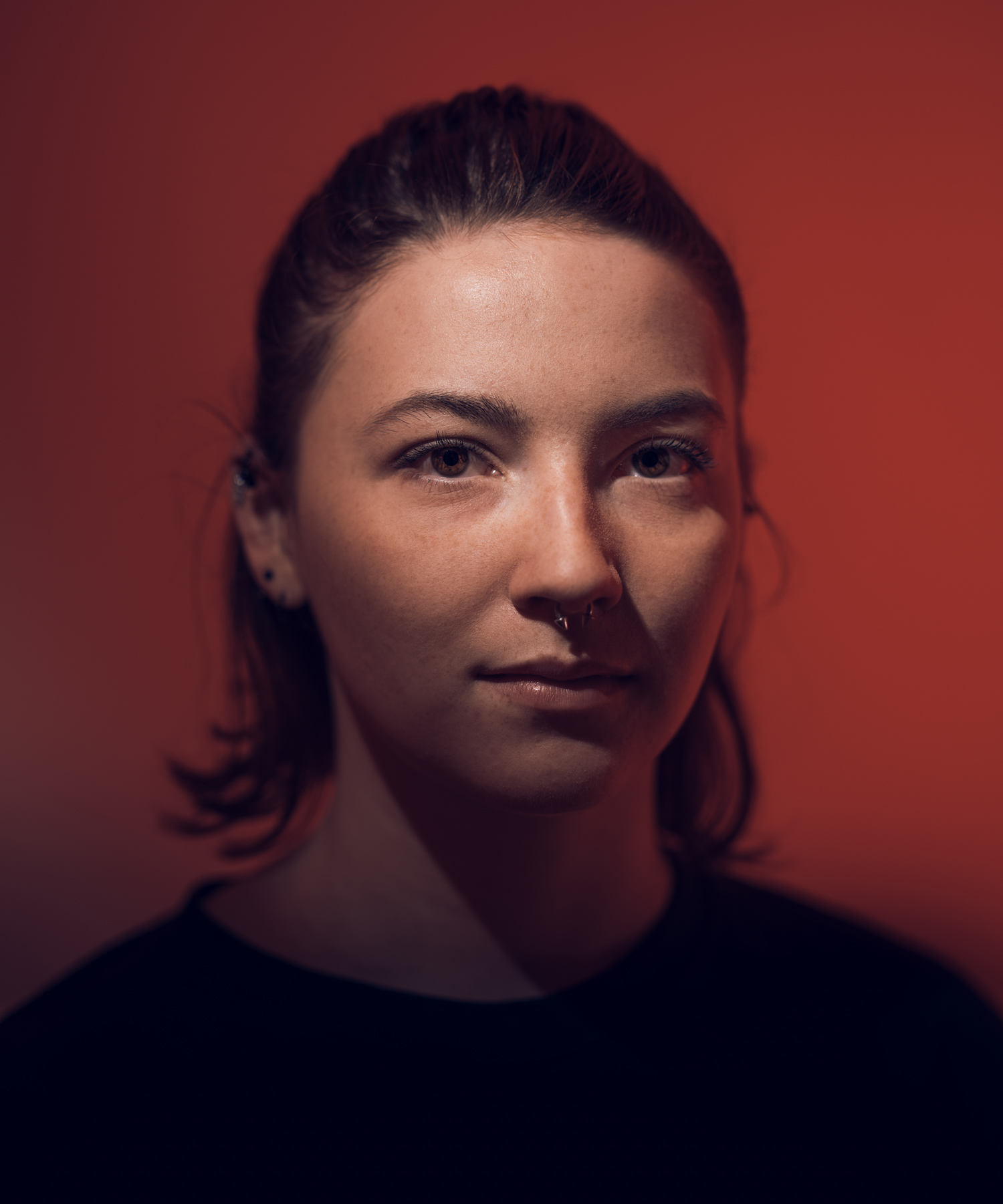 These pictures and 2 more examples of Lea can be downloaded here in full resolution.

For the first pictures with Hristina we went into a quiet underpass in Stuttgart - the setup was very easy with an external flash. The underpass is very badly lit, but that didn't affect the autofocus in any way. The 85's autofocus is really fast - felt at a similar level as the DFA* 50 1.4.

We were lucky, because the streets were full, but the passage completely empty. In Stuttgart's Königsbau, it is easy to illustrate how wonderfully the lens exposes. Both shots with aperture 2.0 - The one on the right, of the two images, looks almost artificial when you are so close to the model and the background dissolves into complete blur. The bokeh is never nervous but soft and regular and does not distract from the subject. 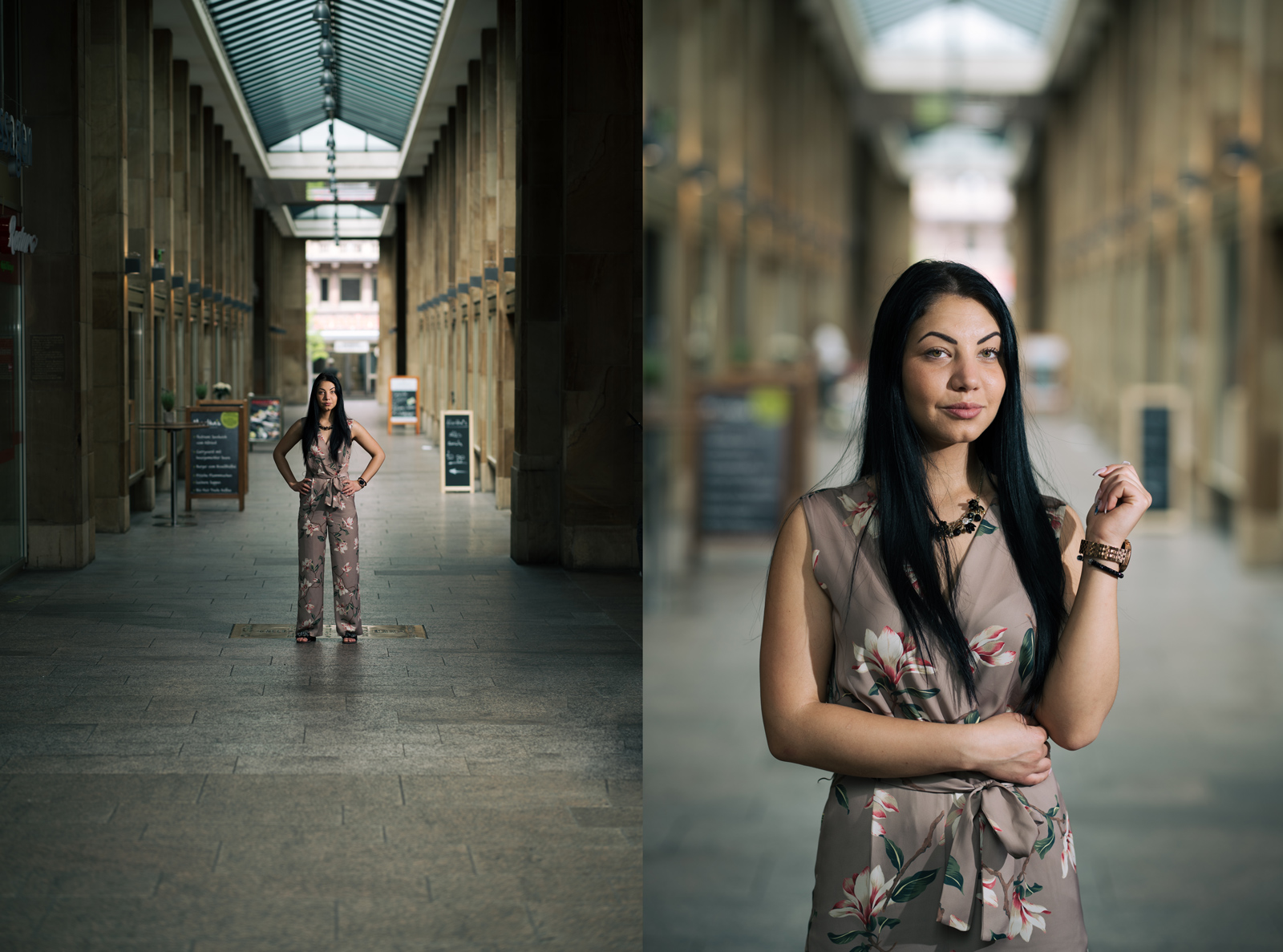 Both following pictures are taken with aperture 1.4 - the details are crystal clear. No color fringes, no glow, very good contrast - everything on absolute top level.

On Juist I was able to shoot a few portraits of my creative colleague Thomas. There was a flash positioned to the left of the camera for the shots, which was used to lighten up only very subtly. On Thomas's eyelashes you can easily guess how much potential is still in the 85. The 36 MPX of the K1 are certainly not the maximum of what the lens can resolve. Hello Pentax! When will a 60 MPX fullframe body be available? 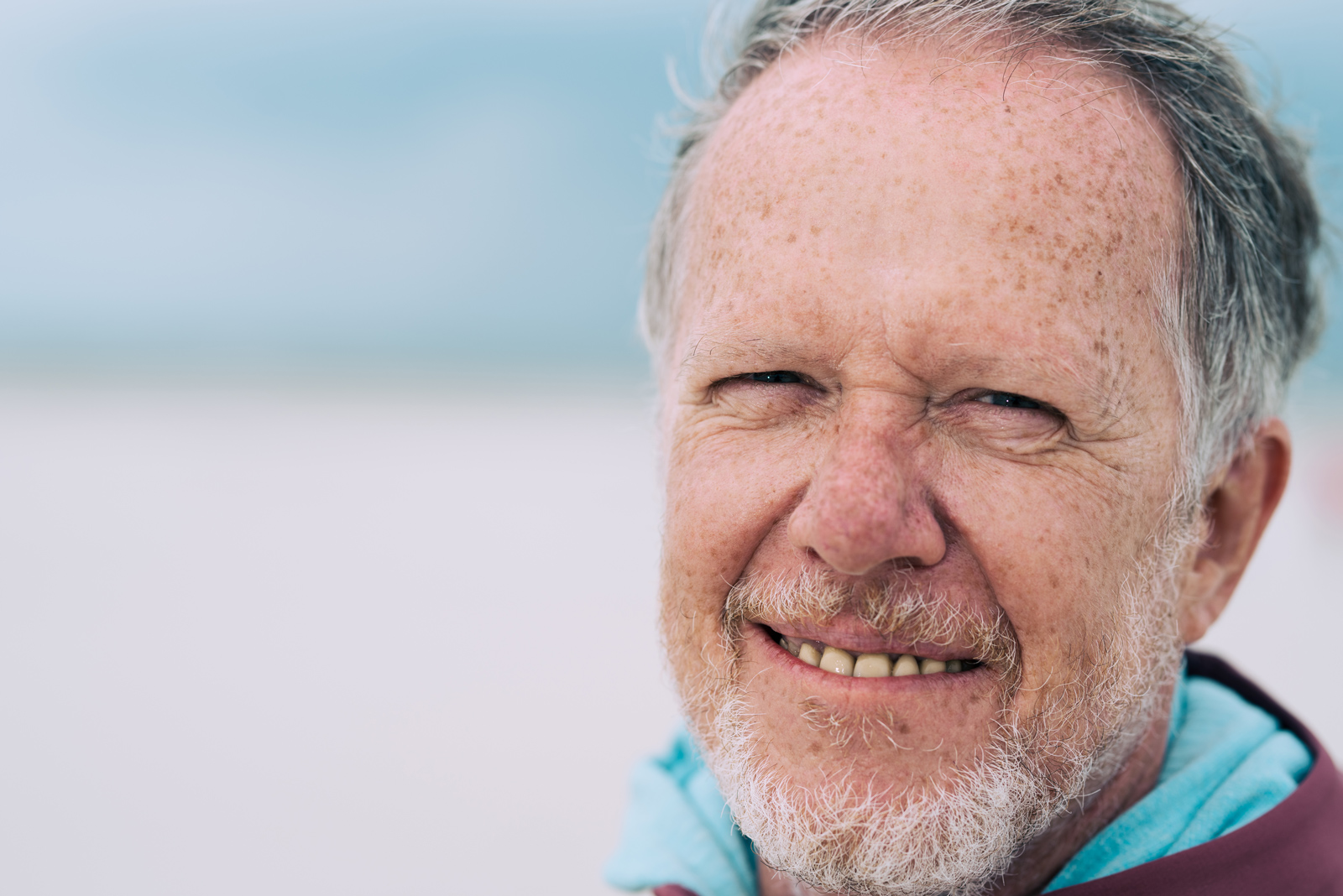 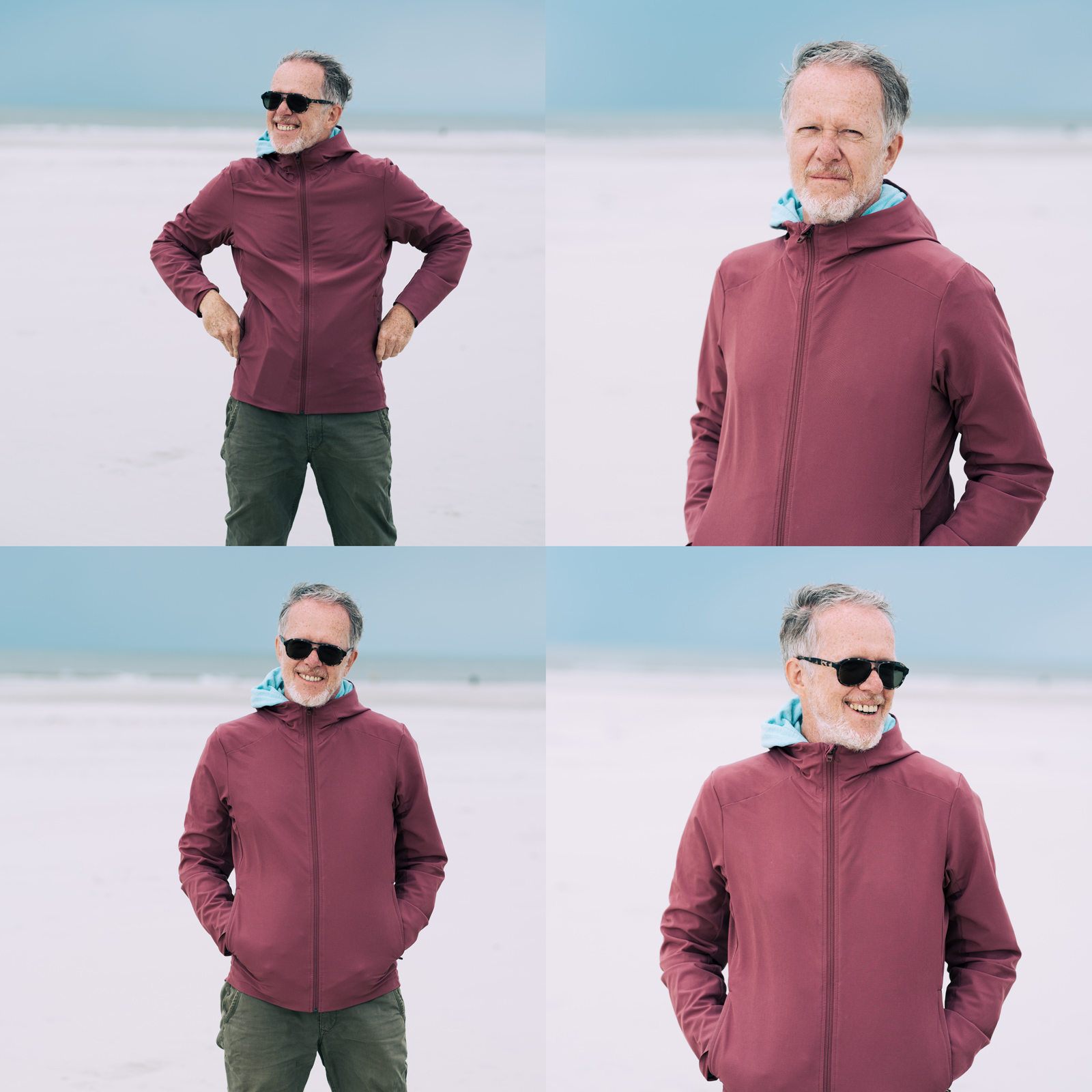 The pictures of this session can be found here.

After I got rid of all my shyness, I fell in love with the '85 quite quickly. The detail resolution, contrast and precise autofocus even in difficult lighting conditions make the DFA* 85 the first choice for a short telephoto lens. A perfect portrait lens that makes the subject look good - it captures the finest details without being overly sharp like a 100 macro, which many people like to use as a portrait lens, although I don't think too much of it. The sharpness curve is buttery smooth. As always, the bokeh is a matter of taste and there is no good or bad. It pleases or it doesn't please. For nature photographers the sharpness at aperture 1.4 is a superb advantage.

An advantage not to be underestimated is the 1.4 open aperture, even when focusing. I was able to focus absolutely reliable in really miserable light conditions - I admit that I only use the central focus point - I know it works better and easier, but I'm not so good with workflow changes.

Where there is light, there is of course shadow - A 20% shorter close-up limit (it is ~85cm) would be great for really close ups and if the 85 would weighed half as much, it would be ideal - but physics is hard to influence and because of the close-up the K1 has actually offers enough megapixels to crop.

I've been waiting for a NEW-GERNERATION-LENS in the FA 77 ltd. area for a long time. - Don't get me wrong - I love the 77 and it's certainly one of the lenses I'll never sell, but sometimes Pixie-Dust is just not hip. For my commercial productions I need a high-performance lens that will go with me through thick and thin. Neutral in its image with highest resolution and reliable autofocus under all light and weather conditions. And this is what Pentax has built for me with the DFA* 85 1.4 - no ifs, ands or buts, no compromises in image quality. What more could you want.

Thanks a lot for holding out until here!

A big thankyou goes to: Lea, Hristina, Pirlo and Thomas, for supporting this with their time. Also to James for the translation support.